5 Easy Ideas to Create a Funny Team Name for Work 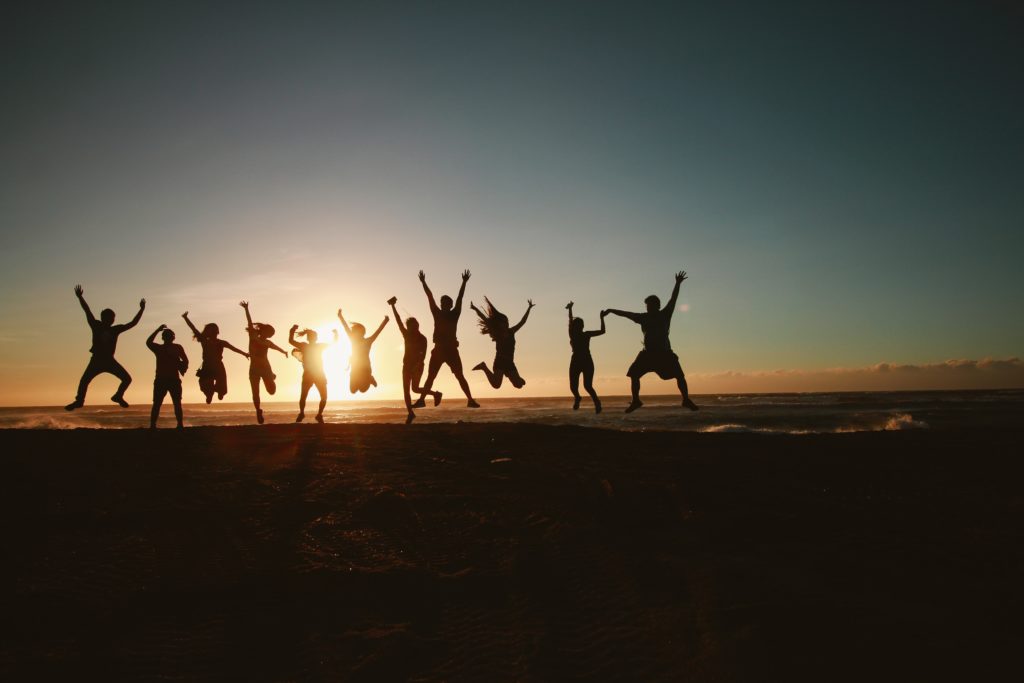 Although by no means compulsory on an EscapeTrails urban adventure, teams do sometimes elect to give themselves a team name.  For corporate team building or social EscapeTrails events assigning a team name seems to be part of the bonding or preparation process and we facilitate this process in the lead up to the event if required.  So whether it is a pub quiz, a scavenger hunt or escape room a team name can help you bond and create a more memorable experience.

Recently I took charge of a kids soccer team and the league gave us the opportunity to select a name for the team.  At first glance this was an epic opportunity to put the teams stamp on something that has normally been decided some years or even decades before.  However, initial excitement and creative ideas shouted out by teammates, coaches and parents soon turned to frustration, brain block and disagreement!

That led to a conversation at EscapeTrails HQ which made us feel that a quick guide to picking a team name would have been useful for me and the soccer team.  It also set us thinking that other teams and those just taking part in a team building activity or event (even those taking part in an awesome EscapeTrails urban adventure) would benefit too.

So below are what the EscapeTrails crack team came up with, to help create a funny (or just good) team name for work or for whatever purpose you may need.  Although strictly not steps to be followed linearly the represent ideas of what to consider, ideas to generate the name and how to get agreement and buy in!

Easy Ideas to create a funny team name for work!

When we set out on this list Idea 1 just seemed a little bit corporate but we kept coming back to it because it was pretty essential.  If you have the opportunity to pick a team name it should represent and reflect something about who the team are and who they want to be.  A little touchy feely perhaps but if the team name does not reflect the team they are likely not to be excited about it and buy into it.

I remember lots of leadership and team building workshops where we were placed with random people and had to create a name that would identify us over the next day, week or even longer.  The times when we put some effort into this and we developed a name we all liked and bought into we had a great time, the times when we did this half heartedly what followed seemed to be a pain and an unnecessary distraction from our day jobs.  This may have just been coincidence but I feel the team name helped to bond as a team and gave us a shared identity.

This may be an individual task where you ask people to write down adjectives or verbs that you think describe the team.  For some teams it may be best to stick to this being aspirational and how we want to be seen as a team! The current state you may not want to dwell on – depending on the level of humour within that team.

Not much advice during this idea but the following ideas will give some pointers on how you could perhaps do this.

Once you have some words that you like or if you are struggling on the word side of things, may be using imagery would be a great way to get more inspiration.  Animals are always a good way to start when thinking about team names.

Animals are a good place to start but feel free to use other imagery to help you out here, possibly famous people, sports teams or historical figures could help here also.

This is perhaps a lazy approach but keep hitting that button until a suggestion pops up that everyone seems to like.

Here are some examples of Team Name generators there are plenty more if you do a search:

The use of a city or state name is often used in the use of real world wide team names such as the New York Yankees, Orlando Magic, or Dallas Cowboys.

You can adopt a similar approach and our Soccer team certainly did as it was important that people knew where we came from!  Great also if your work teams are located in different locations geographically. A little more difficult in a work situation if you are all in the same office.  However it is still very much possible – maybe you occupy a certain floor, a corner of the office or congregate for breaks or lunch in a certain location. Think ‘Corner View Panthers’ or ‘Berts Sandwich Shop Buccaneers’ (I know bad examples but you get the idea!).

So this could be a favorite song or band name that could spark ideas.  Although taking a band name directly may not be the most original thing to do it could still work and reflect your team values.  For example The Killers, Happy Mondays, The Eagles and so on.

Coming back to my soccer team experience we kept going round in circles and the process was quite long but eventually had to come to an end.  For you and your team, you want names that are reflect your values or resonate in some way with you all but you do not want to be having lengthy meeting over something that should be a bit of fun. So here are some quickfire ways to make a decision:

Depending why you are choosing a team name it may be a pretty important decision.  The soccer team certainly was as it could give the identity to the team for years to come.  However, for a team building team name for an EscapeTrails experience we probably suggest keep it fun but keep it meaningful and memorable.  This will help start your team building or social event in a positive way and build camaraderie from the get go whether you are heading to an Escape Room, running around the city on a scavenger hunt, completing challenges on an amazing race or getting the best of all three experiences in an EscapeTrails urban adventure!

Enjoy your team experience whatever it is.

Mark is the Founder of EscapeTrails.  An urban adventure that combines the best parts of a scavenger hunt, amazing race and sightseeing.  Creating a fun, social experience for groups of friends, family or colleagues. Whether you are new in town or been there sometime and EscapeTrail is for you!

Use promo code FIRST100 at checkout for your discount to be applied!